Ithaca DWI Lawyer: Why You Can't Use Affidavits as Testimony?

Someone recently contacted me about a traffic violation. He thought it might be  good idea to have his relatives send in notarized affidavits to the judge. They were in his car as witnesses to his driving.

People need to know their rights. That is not just a blanket statement but is the truth. Because if you know your rights then you will have a better understanding of legal process. With that understanding can come a deeper knowing about making decisions.

Many people often just do what a lawyer says is best. Because they just don't know how things work people don't make informed legal decisions.

Can you use a affidavit as testimony at a New York trial?

Can you use an affidavit (notarized) statement at a New York traffic ticket trial? 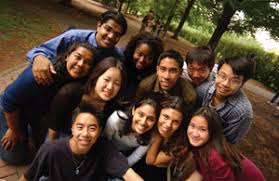 Ithaca College and Cornell University students come from many other states and even countries. For a little perspective, Cornell's class of 2019 has representatives from 79 different countries. Coming to New York State with an international driver's license or a license from another state is no problem or is it? It depends, is the most common attorney answer.

What if you make NYS your residence, buy and register a car BUT do not apply for a New York driver's license?

What if you get a New York State driver's license but fail to keep updating your address? 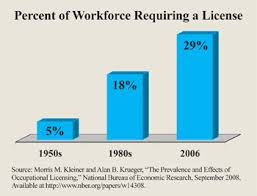 Why would someone want their history of criminal activity sealed from public disclosure?

Why would someone not care if their criminal history was found out?

Ithaca DWI Lawyer: Why Does a Judge Sentence Harshly?

A recent federal medicare fraud case out of Texas has a lot of lawyers wondering. Why would a judge sentence a woman with two young kids (age 7) with stage 4 metastatic cancer to 75 years of incarceration? Well I've read through this case and have my own take on how this happened.

In our criminal defense practice I always keep two things in mind:


Why does a judge sentence harshly?

Why would a judge show leniency? 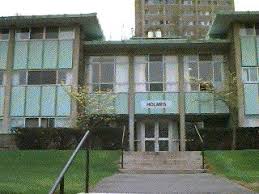 Ithaca is fun because of it's size and isolation but that also creates a problem with privacy. It seems like everyone knows everyone else's business. I can't even tell you the level of town gossip let alone what is published daily on social media. Thousands of people are thrust together closely sharing rooms, apartments, homes, and dorms.

Privacy rights are sacred. We do have a fourth amendment that guards against government intrusion. There shall be NO unreasonable (illegal) search or seizure of your person or home.

Does that same law hold in your dormitory?

Does that same law apply to your on campus apartment?

New York Sealing Law: Can You Seal Both Your Misdemeanor and Felony DWI?

For over a decade New York has been ratcheting up penalties for DWI. In 2010 our state was one of the first to make ignition interlock devices a must for all first time drunk driving convictions. Then law went from a 6 month interlock to a 12 month interlock. Alcohol evaluations and treatment are now mandatory for those convicted twice within 25 years.

Then in 2012 the DMV began applying a lifetime look back for problem drivers. Those drivers with even a 25 year old conviction were facing strict administrative license penalties. The purpose of all this new legislation was to severely limit or to revoke the driving privileges of those convicted of DWI offense, accidents, or multiple violations.


New York's recently passed sealing law, CPL section 160.59 is a sharp departure from this trend for harsher punishment. The law's primary focus is to shield criminal convictions on rap sheets from public disclosure.

Can you get your misdemeanor DWI convictions sealed under the new sealing law?

Can you get your felony DWI conviction sealed under the new sealing law?

You're Finally Able to Seal Your DWI: What Must You Know?


Texas just passed a criminal record sealing law similar to New York's. They call their law the "Second Chance" bill. I kinda like that because imho everyone deserves a second chance.

Up until October 2017 New York offered nothing to clear records for those with past DWI criminal convictions.  The only sealing of records was for non-criminal violations, and for  special case situations for drug crimes with proof of rehabilitation.

Often a DWI charge would effect your future ability to gain employment, obtain a state occupational license, or even get an internship. Up until this year New York had no expungement, and no sealing for DWI criminal convictions. We don't have expungement but in October 1, 2017 we do have a close second, sealing of your past DWI.

New York's new broad record sealing law will enable you to seal a misdemeanor and a felony DWI. The new sealing statute also modifies Executive Law so that you do not have to disclose your DWI when applying for  an employment position or an occupational license. 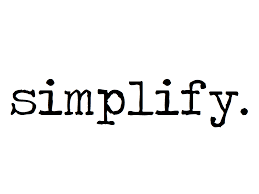 Law can be quite complicated sometimes even for lawyers. That is why doctors, lawyers, and the large majority of professions are specializing and focusing their practice areas. It is my hope to break down and simplify New York's new sealing CPL 160.59 law into manageable chunks.

So how do you eat an elephant? One little bite at a time.


New York will now have a sealing law in place for criminal misdemeanors and felonies beginning in October of 2017. Look at our previous blog post to see if your convictions qualify and when you can proceed to seal them. The new sealing law under New York CPL section 160.59 permits up to two criminal convictions to be sealed.

Can You Seal Your Criminal Conviction Under New York's New Sealing Law 160.59?


In April 2017 New York State finally approved a $153 billion dollar budget bill. Much like a box of Cracker Jacks hidden inside this budget bill was a surprise legislative provision. A new law is to take effect in October of 2017 which allows for sealing of criminal records. Those convicted in 2007 or before may want to begin this process.

This is a truly historical, unprecedented, and ground breaking law. This legislation brings hope to millions of New Yorkers who were marked for life by virtue of having an old criminal conviction. New York has NO expungement law so sealing is the next best thing.

There is a lot to discuss about New York State's new criminal record sealing Criminal Procedure SEALING Law § 160.59. Giving people a fresh start is a nice surprise in my opinion.


In this blog post I'll start with the basics: who qualifies for sealing their criminal record, what offenses can be sealed, when can you apply for sealing, and how is sealing different from expungement.


This is the last of four posts in a multi-blog series on New York Jury Instructions on DWI. The importance of what the jury instructions mean to any case can never be underestimated. Any case moving to trial (and we must assume that to be successful) MUST begin with the end in mind.

In a civil personal injury case we must prove liability and damages. In a DWI case we must defend against the charge and the sub-parts to each element of the offense.

In a DWI or DWAI drugs case this means:

1. The driving (operation)
2. The testing (breath or blood)
* Police testing can also include a DRE (drug recognition evaluation) and/or FST (field sobriety testing)
3. The legal definition of intoxication and/or impairment by alcohol and/or a drug

What is the legal definition of INTOXICATION in New York?

Can you be found legally intoxicated without a BAC test?

Jury Instructions are a critical part of any trial. They are the directions from the judge to the jury. He instructs them in what the law is and how to apply it legally. Remember, trials are about legal guilt and legal innocence or they should be.


Getting the jury instructions right and ensuring that the jury understands them is a concerted effort. The defense attorney must outline and argue their defense in light of and in accordance with the law. The law is the instructions. The instructions are the legal definitions of impairment, of intoxication, of operation, and accurate testing. It is in fact what they should consider with each and every element of the DWI case.

What must the jury be instructed about chemical (breath) testing?

What can the jury consider when looking at the chemical test result number (BAC)?


"Another lesson about the justice system: the way the judge charges the jury inevitably pushes them one way or the other, limits their independent judgment.”
― Howard Zinn, You Can't Be Neutral on a Moving Train: A Personal History of Our Times

Judges instruct the jury on how they will apply the facts to the law. These are called the jury instructions. In a New York DWI case as in any criminal case these instructions and how they are given can sway a case. It can as in the words of Howard Zinn, "push them one way or the other."

How do DWI judges instruct juries in New York about operation (driving)?

What is the importance of proper DWI jury instructions?

How can a DWI defense lawyer use jury instructions to their client's advantage?

Ithaca DWI Lawyer: How Judges Instruct the Law to Jurors is Crucial Part I


Have you ever told somebody something and they just don't get it. You tell the same thing again and again, nada, zilch, and then you change a few words and then you speak more slowly. After awhile, a smile, then a knowing understanding emerges on their face. Well anyone in a long term relationship or who's married understands this point.

Communication is far more than the words you speak.

Can how the judge instructs the jury effect a jury's verdict?

Can the judge instruct the jury as to confuse them about what the law is?