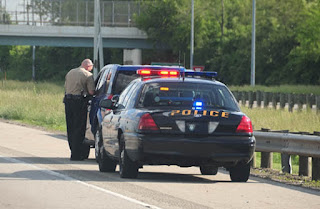 Just recently we have seen an uptick in the number of Upstate New York police departments using video. This isn't the video of a few years ago on VHS tape either this is high quality digital images with clear sound. Video is not always positive or negative in every DWI case.

Does video matter that much in a DWI refusal case (with NO blood or breath test)?

Just this past year all Ithaca Police department officers are fully hooked up with body cameras. Body cameras in these instances start to run beginning to end of call. This body camera video is very inclusive. We usually request and get many gigabytes of video for each and every DWI case by IPD (Ithaca Police Department). College police forces are starting to see the value of video in making and prosecuting arrests. Although getting video from college police departments POST DWI arrest isn't as easy lately.

Cornell police are following suit with body cameras as well. There is a progression of many of the law enforcement agencies moving for transparency in their making and processing their DWI arrests.
But the New York State Police have NO body cameras and NO video back at the trooper barracks. The county deputies have some video back at the station of the POST arrest processing and breath testing.

Remember in New York you can have a DWI arrest by Different Police:

Seeing multiple police officers responding to a DWI arrest and scene gives up many angles of video coverage. These many perspectives allow us to further gauge our client's impairment or intoxication at the time of the arrest. This is crucial because video back at the station does not show the Field Sobriety Testing or how our client might have walked or responded to police commands or directions.


If we have video in a DWI refusal case it can make or break the defense moreso than a breath or blood case because:

1. Video shows evidence of behavior at the time or close to the time of the DWI arrest
2. Video reveals the talking, the walking, the stumbling, the responses, and the state of a person
3. Video is admissible to a jury and will be shown in it's entirety

You can't hide from what a video reveals. Sometimes it shows a compliant, together, responsive person BUT it can also reveal a belligerent, falling down, incoherent mess of a human.

Two recent DWI refusal cases showed how one video destroyed a defense and one insured a defense.
Remember the big win in most DWI misdemeanor refusal cases is a reduction to a DWAI alcohol impaired violation level offense. Impairment is a very low standard in New York State. It takes very little proof but intoxication is a big deal and the prosecution must show evidence of mental and physical incapacity.


One case had our client going from I love you to the deputy to you are a piece of shXXXT. This rambling of incoherence and four letter words went on and on. It illustrated just how out of it our client was. It showed in speech and thought just how intoxicated they were.

With NO video even the prosecutor admitted that just on the police report and NO test they had a weak DWI case. This was NOT the situation with this video.

One Refusal Video Made Our DWI Defense Successful


The other DWI refusal video had a young man who was shown to be mistreated by the police or more like handled improperly. This would not have played well with a jury. The prosecution was NOT giving us a reduction easily under the circumstances. He had a prior recent DWI with a reduction so getting another break was not an easy task. Pushing it to a trial they were forced to really look at the video. A coherent, pleasant, and cooperative person who many on a jury could and would sympathize with. The jury would not hear of the prior DWI so this case would be in it's own vacuum.

Video is just another aspect we have to consider in each and every DWI defense. Have a DWI defense attorney fully evaluate your case because all cases are different.