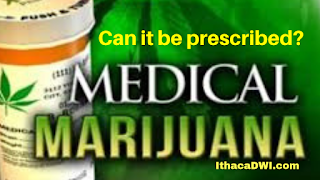 If I'm prescribed medical marijuana why can't I take it like all my other doctor prescribed substances?

After all it is now "legal" or not a criminal activity in the majority of states. Why do the courts, judges, and prosecutors feel medical marijuana is still UN-acceptable?


Prescribed Drugs and other Substances

Can marijuana ever be prescribed?

The confusion lies in many people thinking they have a "prescription" for medical marijuana. It is NOT a prescribed substance. It can't be moved from state to state, can't be taken on plane or a cruise ship, like other real prescription medications.

Can any doctor in any state prescribe medical marijuana?

No, prescribing medical marijuana is illegal under federal law. Because marijuana in all it's forms is a controlled substance federally. Doctors and other healthcare providers can only "recommend" marijuana..

So I know it doesn't make sense pragmatically since it is helping you and it is far less harmful (IMHO) than all those prescribed legal drugs, but we still live in dark times when it comes to marijuana. Even though we now have allowed (or tolerated) use in the majority of states.

When you get "medical" marijuana you sign many documents warning you that you are still using a federally illegal, unproven, dangerous substance. Basically, they are informing you to proceed at your own risk, it is merely a recommendation because you could still be prosecuted federally for it

Newman and Cyr is a boutique law firm focusing on Traffic, Criminal, and DWI and DWAI drug defense in Upstate New York. If you would like a free consultation concerning your charges either call, email, or fill out the form on our website.