CPS (child protective services) and Your DWI Charges: Is it Abuse and Neglect? 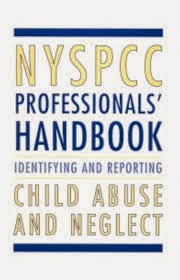 When is CPS contacted? What happens next? Does a parent's DWI mean child abuse or neglect?


A case report will be filed and an investigation will begin against you. First the level of proof to take a child from it's parent, guardian, or custodian is a fairly high one. It falls just under the legal standard of proof beyond a reasonable doubt. It must be clear and convincing proof (evidence) of abuse and/or neglect.

Before a State may sever completely and irrevocably the rights of parents in their natural child, due process requires that the State support its allegations by at least clear and convincing evidence. A "clear and convincing evidence" standard adequately conveys to the factfinder the level of subjective certainty about his factual conclusions necessary to satisfy due process.

The way it works:

A Report is sent to CPS by the authorities (law enforcement)

1. you are determined to be the legally responsible relative and
2. there is legally sufficient information or allegations (the probable cause from the DWI arrest will suffice here)

- Referral to the Family Court for proceedings against YOU!

Definition of Child Abuse1
"Abused Child" means a child less than 18 years of age whose parent or other person legally responsible2 for the child’s care:
Driving them around drunk, impaired by drugs, or in combo would qualify here because it causes or creates a real danger to them of physical injury.

"Neglected Child" means a child less than 18 years of age:

Neglect and Abuse are two sides of the same coin and while one is more broad any child under your care must not be subjected to undue risk or harm. DUI/DWI/DWAI drugs would all be the symptom of a greater cause, namely a willingness to take on unnecessary and dangerous risks.


Always remember to consult with an attorney about any criminal or non-criminal charges you have pending to discuss your options and/or defenses.