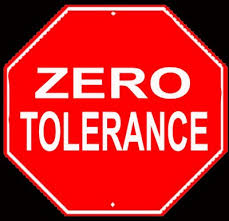 It doesn't happen very often that a criminal charge or any violation offense involving alcohol is reduced to a NON charge. The majority of DW charges (DWAI, DWI, ADWI) in New York are often reduced to something but not something quite as unique as Zero Tolerance. Well if you are under 21 and get an outcome of Zero Tolerance on your case it is a NON-conviction.

What has to happen to make it a non-conviction? You mean to say a New York DWI goes to not a violation, nor to a misdemeanor but something else entirely?

You see if your under 21 years of age and get pulled over in New York with ANY alcohol in your system you could be charged with any number of offenses. Driving while intoxicated and/or driving while impaired are the most common driving while charges to be charged. But if your BAC (blood alcohol content) is .02 (like one drink) to .07 (like three or four) then you are technically under the legal limit as to DWI (.08 BAC).

The New York State legislature decided in the 1990s to create Zero Tolerance for kids who are driving to understand that any alcohol and diving is a bad idea. So the punishment for Zero Tolerance is a small court fine and a small DMV fine and six months loss of license.

But the big gift is that the charge (Zero Tolerance) is completely civil in nature. It is an administrative penalty only (DMV license suspension). The record of the Zero Tolerance is also destroyed either within three years or your 21st birthday (whichever comes first). You never have a conviction or a record of it.


You would still be eligible for conditional driving privileges with a Zero Tolerance. These are strictly for work, school, and medical care plus three hours a week of discretionary driving (at your discretion).

How Often Do I See Even the Possibility of a N.Y. Zero Tolerance Reduction?


Well in all my years of DWI practice in New York State I have only done a handful. Why is Zero Tolerance the Fantasy Unicorn?

1. Well first off, I hardly see low BACs amongst younger people these days. With alcohol-caffeine combos and drinking games a plenty I usually see the young absolutely shit faced on video and in police reports.

2. If someone is over 19 years old they will be treated and charged as an adult by the majority of police and prosecutors.

3. If someone is under 19 years of age they are often better off in many cases (high BACs and accidents) choosing Youthful Offender status, and having an adjudicated DWI (non-conviction) DWI.

4. Usually DAs and ADAs do not offer Zero Tolerance as a plea option.

5. Most Courts, clerks, and ADAs are unfamiliar with Zero Tolerance law, rules, and statutes. I have seen paperwork messed up on multiple occasions. There is a special form filed and the most Upstate New York courts have never done one.

It does happen ever so infrequently that I can plea bargain to Zero Tolerance. When all the conditions are right, under 21, low BAC, and it is called for, I gladly embrace and accept a Zero Tolerance for my young clients.
Posted by Unknown at 4:12 AM