Ithaca DWI Lawyer: How Important is Police Paperwork in MY DWI case? 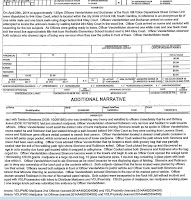 But if people get their DWI police narrative report they tend to place way too much emphasis about what it all says. They get all wrapped up in it's opinion of them and their behavior.

Is the police DWI report important?

Who gets to see the police DWI report?

Is the the police DWI report evidence?

Police DWI Reports are Hearsay and ARE NOT EVIDENCE 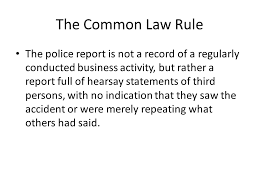 There, read that over and over again. Hearsay is an out of court statement that can NOT be used in the DWI case against you in Court. Legally Inadmissible for the truth, the only evidence is actual testimony. They cannot prosecute you on a speeding ticket with just a copy of ticket, and they will need police to testify to your speed.

A jury will not see these tickets, that narrative, that check list, or that alcohol influence report. They will get to hear a witness or witnesses. Yes, the key here is that a criminal case like a DWI needs witnesses. They could also be lay witnesses as opposed to police witnesses but they need witnesses to testify because that equals EVIDENCE.

What Would Happen if the Police Officers in Your DWI Case Couldn't Testify?


The police officers testimony in a DWI case are the evidence. It is evidence of your impairment, your intoxication, your inability to think, to walk, to talk, to follow instructions and directions.

In DWI cases where the police officers cannot testify the prosecution declines to prosecute because they do not have evidence. They need a police officer to testify about giving you a breath test, they need police officers to explain their investigation, to make out their case.

In a trial, the police must testify, that is the DWI case evidence.


New York State has special evidence rules to allow into evidence specific certified breath test documents. What that means is that the jury can touch and read and hold these documents. That is why a breath test is so devastating in many NYS DWI prosecutions. The jurors don't get to see the police report, or the tickets, often there is no video or audio of anything.

Why Do New York State Jurors Get to See DWI Breath Test Documents?


BUT because the breath test documents are special they sit and look at these police numbers on these special breath test papers. That is what it means to allow something into evidence. NYS has decided that they get special treatment under the law. They have the stamp of approval by the court and the judicial process and that is why arguing they are wrong or inaccurate is an uphill battle

They get to be PUBLISHED to the jury. This means the jury gets it.


So getting all hung up over the police narrative is often a waste of energy. The value of the police report is that it can be used to cross examine the police officer. It can lock down his or her timelines. It can in fact prove inconsistencies or sloppiness. To show issues and to also exploit the white space, the space between the lines, the stuff that wasn't said or talked about or written. It's there because police writing tends to be negative, tends to be biased, and there is another side to every event.

Police reports can be used BUT they be used NOT as the lay public believes.
Posted by Unknown at 2:08 PM