Ithaca DWI Lawyer: Pulled Over by Plate, Can the Police Do That? 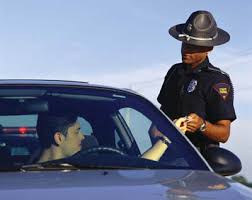 We get phone calls all the time about whether the police had probable cause to pull over cars. Often it's a "he said/she said" in court where the police and the driver have a difference of opinions about what actually happened. The ability to produce probable or reasonable cause to stop a car is many and varied.

Out on the road without body cameras, whose to say what really happened? In New York State as of 2017 body and law enforcement vehicle cameras are still a rarity. So it goes "Well I wasn't speeding, I always use my signals, I didn't go through that stop sign, I paused briefly, and it goes on and on." Police often have the upper hand because judges tend to side with law enforcement, and many judges are former police officers.

These days the police regularly run your plate/tag. They have machines mounted on their cars that are high speed plate readers. Any problems with your vehicle registration being out of date or your insurance or your inspection can lead to a stop.

Is it legal for them to use your plate (tag) information to then pull your car over?

Is that plate information fair game for a legal stop?

What if the computer  is wrong, can they still use information from the car stop against you? 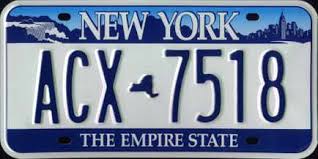 Quite simply since your license plates are exposed and open to public view you have no reasonable expectation of privacy. Under fourth amendment law we only have a right to privacy with things that are in fact private. Once we leave the safety of our home and enter the world our privacy interests diminish dramatically.

Now a problem with any of those obligations or even if the computer tells the police you are, even if you truly are not will be reason enough for a legal police stop of your car. Yes, even computer mistakes still allow legal stops by the police. Because it is reasonable for police to rely on DMV information in good faith.

"Because the purpose of a license plate is to readily facilitate the identification of the registered owner of the vehicle for the administration of public safety, a person has no reasonable expectation of privacy in the information acquired by the state for this purpose and contained in a law enforcement or DMV [Department of Motor Vehicles] database," Chief Justice Janet Difore wrote.

These suspicion-less entry of license plate numbers and letters by police into law enforcement databases are NOT truly legal "searches" under the meaning of the 4th Amendment to the Constitution.

Will This Ruling to Allow Use of DMV Databases for Probable Cause Lead to Abuse?

DiFiore also wrote that the court was "mindful" about concerns over the potential for abuse of license plate checks by police leading to unjustified stops of motorists. The Court's ruling stemmed from a DWI case in Buffalo, NY in 2014.

The police stop's probable cause for that DWI arrest was upon a plate check. The driver had a lapsed registration from unpaid parking tickets. There was No erratic driving or car accident merely a license plate that revealed a bad registration. The DWI case was tossed at the lower court level in Buffalo City Court. It was eventually appealed by the DA to the county court for reversal and now affirmed by the appellate court.

It has now been ruled that a stop by plate is perfectly legal and further the fruits of that stop (as in the DWI arrest) are legal as well.

Modern Law Enforcement Having the Tools of a Superhero (or Villain)

New and modern technology in the form of police high speed plate readers is another blow against the 4th amendment. Police plate readers in conjunction with high speed internet will allow law enforcement new power. These new abilities come with a cost and may lead to a slippery slope.

They can in fact pull up a car's information and that of it's owner. But is the person driving even the owner of the car? Can mistakes in the databases lead to unfair stops? Is this police tool just another blow to our 4th amendment right to privacy?
Posted by Unknown at 1:43 PM