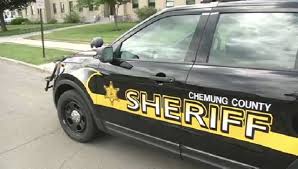 CAN THE POLICE IN NEW YORK
LAWFULLY PULL YOU OVER FOR A TEMPORARY INSPECTION STICKER?


A local drug case in the Town of Southport, Chemung county was recently reversed by the Appellate Bench because the deputy had made a STOP of the car based upon a temporary inspection sticker. The court stated in People v. Ramonn Driscoll that law enforcement can't exercise it's idle curiosity to stop cars.

The traffic stop ended with the discovery of crack cocaine in the car, and the driver (who fled the scene) was charged, and then plead guilty to the charge of criminal possession of a controlled substance in the 3rd degree. Since the stop was illegal (unlawful), all evidence (the crack cocaine) uncovered from that stop was now suppressed from use by the prosecution.

The the Chemung County deputy sheriff had stated under oath  that his regular practice was to stop cars with temporary inspection stickers. Traffic stops must be lawful. Police must have at the very least the reasonable suspicion of something illegal going on, and not just a hunch or a feeling or a whim or as in Driscoll, an idle curiosity.

The appellate Court reminded us all that for a lawful (constitutional) stop by police in New York state there must be probable (REASONABLE) cause.