Ithaca DWI Lawyer: Can Your Depression Look Like Impaired Driving?

If you get pulled over while on your antidepressant medication can the officer charge you with DWAI drugs? Does that really mean you are driving while impaired in New York State?


Things are Not Always What They Appear to Be, Especially with How People Look 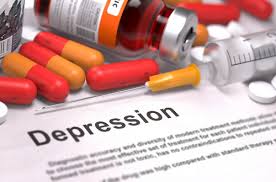 
Now imagine you are pulled over for a busted tail light. Cop looks in the car and sees watery, glassy, and red eyes. Asked you if you are taking any medication, you answer yes. You are taking a central nervous system depressant for your depression. Maybe you just stated taking it, maybe it isn't the correct dosage, maybe it's not fully working. How do you think you're going to perform on the one leg stand? The walks and turn test? Or even answering his flurry of questions?


The DRE (drug recognition evaluator) has been trained to look for and will see:

1. Your inability to follow his directions and instructions
2. Your slowed reflexes and responses
3. Your inability to divide your attention between physical and mental tasks
4. You will likely show impaired coordination (especially since you are nervous and under police scrutiny)
5. You may not speak clearly (may stutter, mumble, or speak intelligibly)

Are You Impaired by a Drug Just Because They Recognize One in Use?


This Drug Recognition Evaluator now that he knows (you told him) you are taking a CNS (central nervous system) anti-depressant will be under the opinion you are driving while your ability is impaired by a drug in New York. This is a misdemeanor level crime under VTL 1192 (4).

Impairment is not merely proving USE of a drug but MIS-USE of a Drug. The reality is that you are NOT impaired by a drug but you may be depressed because your antidepressants are at too low a dosage (under treated) or aren't working effectively.