As part of what I do day to day I read reports. Police reports. Reports and investigations of accidents and DWI's. What happened? How they occurred. Sometimes they (people) get it wrong. That's why it's so important to check things out first hand.

Visiting the scene, talking to witnesses, and looking at the damages. I was representing a man last year who had been airlifted from the scene. The police report had diagrams that just didn't make sense. I went to the scene, walked around, and then sat there for about an hour. It just then hit me, the whole thing was backwards in the police report. For whatever reason, maybe dyslexia, the cars and the roads were all juxtaposed. This viewpoint had painted my client as the "at fault" party, when in truth she was the "victim."

How often do we get things wrong?

You know the Ithaca City Courthouse is currently getting all new windows, re-vamped heat and A/C, and a face lift. Why? 15 years ago they put all the windows in backwards. I'm not just talking about a dozen windows, I'm talking like a 100 windows. Don't even ask about the ventilation system. 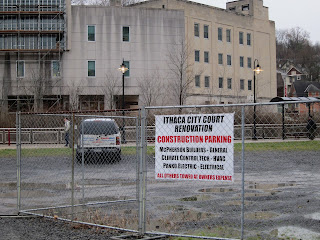 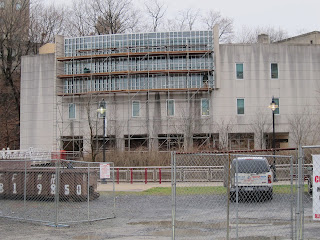 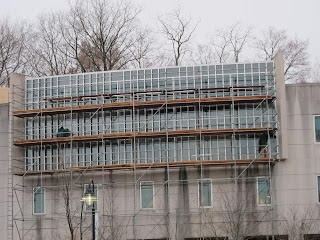 Lots and lots of windows!

Now imagine how that happened. Builders, planners, architects, inspectors, engineers, installers, etc.
all made a huge error. Nobody caught it, nobody saw it, and nobody challenged it? At what cost?
The moral to our story: With accident cases just like window installations everything should be checked out thoroughly. Nothing should ever be accepted at face value.

www.IthacaInjuryLawyer.com
Posted by Unknown at 4:27 AM